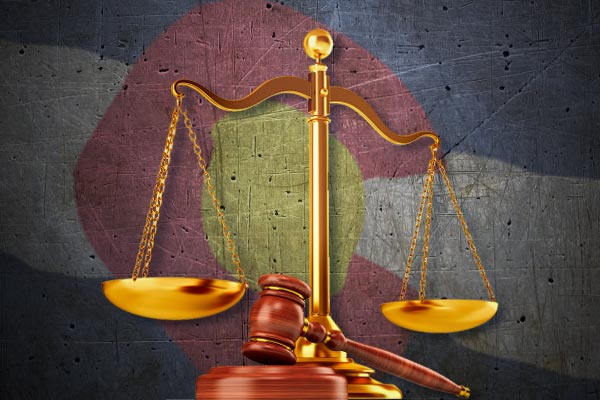 I have some great news for you, and I was hoping you could share it with all of your friends!

We’ve been given our day in court to overturn the new “Red Flag” Gun Confiscation Law!

I, along with leading House Republicans, will be in a Denver District Court at 9 AM on April 9th to fight to restore your Second Amendment rights.

While I am incredibly excited about this monumental case, I want to make sure we have the money needed to pay and retain the top attorneys in the state.

RMGO argues that House Democrats did not follow the Colorado Constitution in the passage of HB-1177.

During floor discussion of the bill, Rep. Dave Williams (R) asked from the floor that the bill be read at length but was told by the chair that the request was not correctly moved, and his request was denied.

The saga continued when Rep. Steve Humphrey (R) requested that the bill be read at length.

His motion was granted, and multiple clerks began reading different sections of the bill simultaneously for several minutes before Humphrey stopped them because it was a “cacophony and unintelligible.”

But it didn’t stop there, Rep. Lori Saine (R), also went to the well and asked that the bill be read at length. The presiding chair told her, “That motion has already been done and will not be considered.”

In a May press conference, Barry Arrington, an attorney for Rocky Mountain Gun Owners, claimed the denials of Rep. Williams and Rep. Saine were a direct violation of the state constitution, which says bill readings are required unless “dispensed with upon unanimous consent of the members present.” Arrington has requested a judge strike down the entire red-flag law because of it’s unconstitutionally passage.

The requirement that bills be read at length was included in the Colorado Constitution because many legislators, at the time of Colorado’s founding, were illiterate.

RMGO and House Republicans are optimistic that the “Red Flag” law will be wiped from the books due to the current precedent set in a similar case involving the Colorado Senate last year.