When “Republicans” won’t fight, RMGO will. 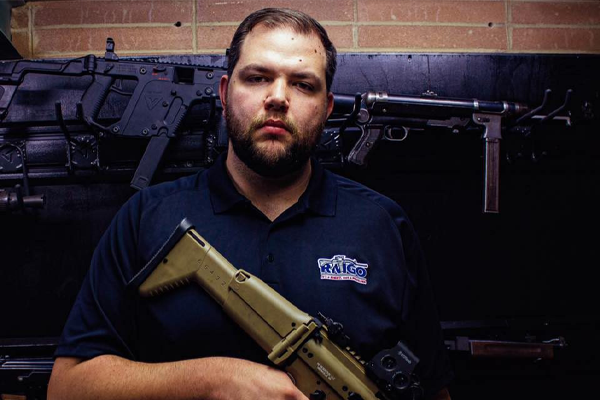 In Colorado, where most elected Republicans are nearly indistinguishable from elected Democrats, local conservative activists have no choice but to take matters into their own hands if they want to repeal bad laws passed by inept politicians; this is our current goal at RMGO: do the work Establishment Republicans refuse to do.

In 2021, the Colorado General Assembly passed SB21-256, a bill designed to repeal the 2003 state preemption law and allow rogue anti-gun localities to enact stricter gun control laws than the state. This idea, now law, creates an unmanageable road map for gun owners seeking to defend themselves and their families across our great state.

Just fourteen months ago, we began to hear rumblings out of Boulder County claiming they would be the first to utilize SB21-256, but it soon became apparent that Superior, Colorado – a town of fewer than 14,000 people – would become ground zero for gun control, not only in Colorado but around the country. Through the tireless work of one RMGO member, Brad Walker, who is now the plaintiff in our lawsuit against the rogue Town, we were able to track and fight back against this gun grab in Superior from the very beginning.

Ultimately, the town board, comprised of all Democrats and one Republican, unanimously voted to steal our constitutional freedoms by enacting atrocious gun control schemes, including a semi-automatic weapons ban [what they are classifying as an “assault weapon”] and a magazine ban [of ten rounds or less] even harsher than the statewide ban [of fifteen rounds or less].

In the Bruen decision, written by Justice Thomas, the Supreme Court rejected “intermediate scrutiny” – the cost/benefit analysis framework that allowed lower courts to rule against the Second Amendment – and established that the standard for applying the Second Amendment is the text, history, and tradition of the right to keep and bear arms; thereby invalidating the lower court rulings’ justification for gun control in past years.

Because of this ruling, we immediately filed a federal lawsuit against the Town of Superior. As luck would have it, we pulled an Obama-appointed judge who, in the past, has tended to lean progressive in his rulings. But, because of the rigidity of the Bruen decision, he had no choice but to rule in our favor when we filed a Temporary Restraining Order [TRO] against the Town, ultimately blocking the majority of their anti-gun ordinances. Judge Raymond P. Moore wrote in his decision:

The Court is sympathetic to the Town’s stated reasoning. However, the Court is unaware of historical precedent that would permit a governmental entity to entirely ban a type of weapon that is commonly used by law-abiding citizens for lawful purposes, whether in an individual’s home or in public.

For example, Judge Traxler cites a statistic that between 1990 and 2012, “the number of AR- and AK- style weapons manufactured and imported into the United States was ‘more than double the number of the most commonly sold vehicle in the U.S., the Ford F-150.’” Id. at 153 (quoting the appellate record). A decision of this Court, furthermore, noted that, as the parties in that case had stipulated, “lawfully owned semiautomatic firearms using a magazine with the capacity of greater than 15 rounds number in the tens of millions, although the exact number subject to regulation in Colorado is unknown,” and “semiautomatic firearms are commonly used for multiple lawful purposes, including selfdefense.”

I hope you can see, the Bruen decision has given conservative activists a 4-ton wrecking ball to dismantle all unconstitutional firearm laws across our great state – regardless if they are local or statewide gun control laws. That’s why today, we have five active lawsuits against unconstitutional gun regulations in Superior, Louisville, Boulder, Boulder County, and Governor Polis and the State of Colorado, not including our case against the 2019 “Red Flag” Gun Confiscation law.

With all this said, a significant battle has been won, but the war for our freedom is far from over. Bloomberg’s Gucci-loafer’d, New York attorneys have stepped into the fight on behalf of the Town of Superior (https://bit.ly/3CgLrBQ), and we expect them to do the same for our opponents in our other lawsuits. For them, the goal is not to win — frankly, they know they can’t win given the current state of the Second Amendment — but rather to bleed us dry, hoping we cannot sustain the financial burden of our lawsuits. This is why our members and supporters must step up in a big way to help us push this across the finish line to restore our freedoms.

As some of the first post-Bruen litigation in the country and the first post-Bruen win with our TRO against Superior, RMGO’s lawsuits have a chance to have significant implications for decades to come. While criticism of Rocky Mountain Gun Owners from Establishment Republicans is at an all-time high, I must ask the simple question to those folks, “what are you doing for freedom today?” Because RMGO and our members are fighting like hell to restore it.

About the Author:
Taylor has over a decade of conservative political experience working for organizations such as the Republican National Committee, the 2016 Republican National Convention, the Mississippi Federation of College Republicans, Donald Trump for President, the Colorado Republican Committee, CARLY for America, and countless conservative clients with his political strategy firm, Rhodes Consulting, LLC. Additionally, Taylor holds a bachelor’s degree from the University of Southern Mississippi and a master’s degree from Liberty University. Taylor started with RMGO as a contract lobbyist in 2018, where he tirelessly fought against the “Red Flag” Gun Confiscation bill. In 2020, Taylor was appointed as the Executive Director of the organization.

Rocky Mountain Gun Owners is a 501(c)(4) organization headquartered in Loveland, Colorado, with a mission to hold politicians accountable and achieve maximum liberty for an individual to defend themselves, their family, and their property without having to ask the government for permission to do so. Since its founding in 1996, RMGO has enjoyed victories over anti-gun politicians with the support of 200,000 members and grassroots activists statewide.

This article was originally published by Campfire Colorado. It can be viewed at https://campfirecolorado.com/opinion/when-republicans-wont-fight-rmgo-will/